It now has been few days since many people are on social media are claiming that the musician Zola 7 has passed away. In recent days Skeem Saam actress Lydia Mokgokoloshi was falsely claimed by Twitter users. Now Zola 7 becomes the latest victim.

According to the rumors Zola was hospitalized because of his chronic sickness. Further, it was also fake claimed that his management started crowdfunding to pay his medical bills. 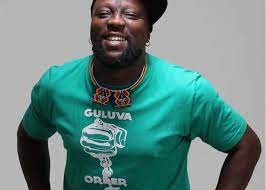 Later his PA, Siki Kunene said that he “honestly” doesn’t know where the rumors originated from. Sindi said the star was “perfectly fine at his home”.

I'm personally reporting and blocking these unsubstantiated tweets about Zola 7 death. Respect the legend man! He's NOT DEAD until we get a formal notice from his family/management. pic.twitter.com/ku8jZgoBrX

Zola 7’s real name is Bonginkosi Dlamini. He is a k in wait musician in South Africa. In addition to that, he is a poet, actor, and show presenter as well. As of 2021, his age is 47 years old.