According to the sources, Venkat died due to infection by the covid 19 and breathed his last at 12.48 am on May 29 at a private hospital in Chennai. He was undergoing treatment for Covid-19 for the past ten days but lost the battle with dangerous coronavirus and died.

According to the reports, Subha’s health condition worsened after which he was shifted to the ICU (Intensive Care Unit). However, on May 29 at 12.48 am he breathed his last.

His close friend and producer Amma Creations T Siva took to Twitter to share the sad news with his followers. He said, “With extreme sadness, I would like to inform everyone that my friend, a great thinker, writer, creator, and actor Venkat left for his heavenly abode at 12.48 am.” 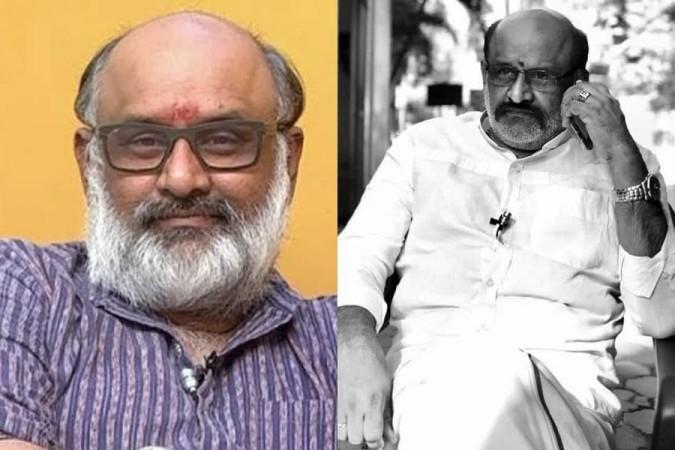 Many celebrities including Radikaa Sarathkumar and Prakash Raj offered their condolences.

#VenkatSubha sir – such a versatile person in the field of cinema and it’s really a huge loss. Still I could hear how much he praised about vallinam movie with his wishes. You reminds in our heart ever sir & deepest condolence to the family with respect 🙏🏼🙏🏼🙏🏼 pic.twitter.com/Bj498Cqxat

So very saddened to say goodbye to Venkat, his wife Subaa has been associated with me for many years in Radaan. Venkat was a kind, strong thinking person& known him for many years. Subaa fought so strongly for his recovery, heartbreaking to see he lost the fight. Prayers to all pic.twitter.com/43oorm0lvz

Ahhh no. Painful .. Feeling helpless losing friends n family one by one ..life is going to be heavier with their memories..thank you venkat for being a part of my journey.. will miss you. 🙏🏻🙏🏻🙏🏻rest in peace my friend pic.twitter.com/7kOaZhAPod

Venkat Subha is an Indian Tamil actor, writer, and producer who predominantly works in the Tamil film and television industry. Moreover, he is also CEO of Pyramid Saimira Limited.

Venkat Subha has worked in films ‘Mozhi’, ‘Azhagiya Theeye’ & ‘Kanda Naal Mudhal’ and has also acted in several Tamil serials. His contribution to the Tamil cinema is fascinating and industry will remember his work.

Venkat was a kind, strong-thinking person, and passionate about his work. His movies are still the favorite of many and Subha also a very talented actor in Tamil films and tv serials.

Recently, ten days ago, he tested positive for the novel covid19 and admitted to the private hospital in Chennai but his condition got worsted. Later, on 29 May 2021, at 12.48 am, he died and left this world at the age of 70 years old.

There is no information available for his wife, children, and family but it will be updated soon stay tuned with this post. May God give strength to pass this grief to his family, fans, and friends.

Currently, there is no evidence available for his net worth, salary, and another source of income. But as per the estimation from some sources, it could be 20-40 lakh.