Vanessa Posso is also known as Nessa Colombiana is a Model, Instagram Influencer and Businesswoman. Vanessa is in the media headline after her boyfriend Gervonta Davis claimed to be cheating on her.

The American boxer Gervonta Davis had comes in the media headlines. He recently posted an Instagram story claiming that “I can’t stop cheating on my girlfriend.” Moreover, in the same Instagram story, Davis shared another picture and wrote “I’m f*ckin R*tarded.” 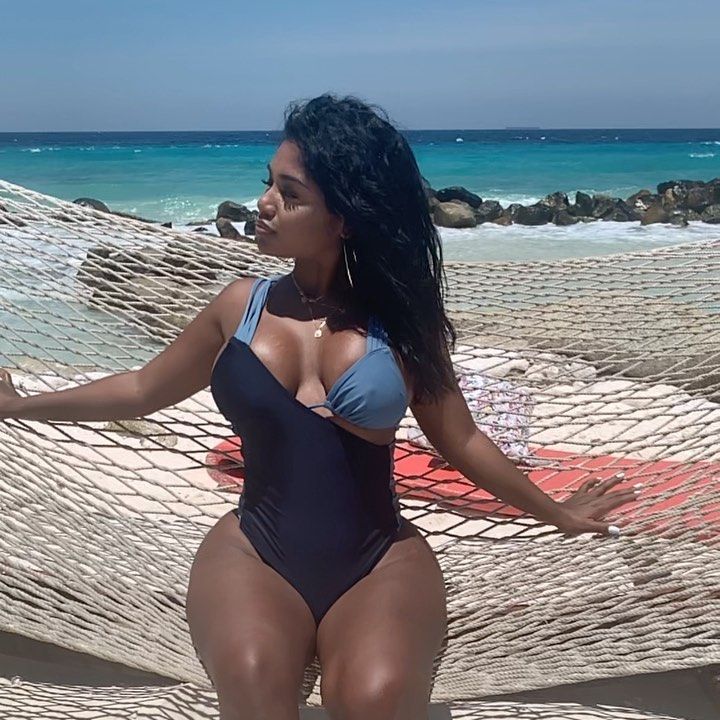 Gervonta Davis is having a really great month pic.twitter.com/rl1jK1klJT

Vanessa Posso is a social media influencer, businesswoman, and Instagram model. She is behind the jewelry store ‘Its Rich Girlz,’ on her website she sells a variety of products such as Anklet, a Bracelet, Earrings, Necklace, and many more.

Her online store is specialized in body chains and sterling silver jewelry since 2010, according to the website. Moreover, her Jewelry has been worn by notable famous celebrities such as Angela Simmons.

Posso is popular on Instagram and she has 700k followers on her main personal account. On the other account @Itsrichgirlz, she has around 40k subscribers, which her Business account. Furthermore, Vanessa Posso also promotes numerous brands on her official Instagram handle such as Bay Harbour Perfection, Reservedrow, Gsaintsgirls Swimwear, and many more.

How old is Vanessa Posso?

Vanessa Posso was born on May 30, 1988, in Colombia and she is 32 years old. Posso is open about her media personality but she is very private about her personal life, hence we don’t have any information for her family, father, mother, and siblings. But it will be updated soon.

Currently, Vanessa Posso in a relationship with American Boxer, Gervonta Davis. But he posted on Instagram that “I can’t stop cheating on my girlfriend.” However, she was linked with rapper Meek Mill, in March 2017 the duo spotted partying in Miami.

Vanessa has a daughter named Jada Milan and she is 10 years old youthful girl. However, Vanessa Posso never revealed who is the biological father of Jada.

Jada has an Instagram page on her name, where she boasts 65.1k followers. Presently, her account is set to private.