Farhan Akhtar’s starring film “Toofaan” official teaser is released on YouTube. Just after the teaser released it get almost 7 lakh plus views in just 4 hours. Moreover, the teaser got 2.9k comments in just 4 hours of the release and the numbers are still increasing. 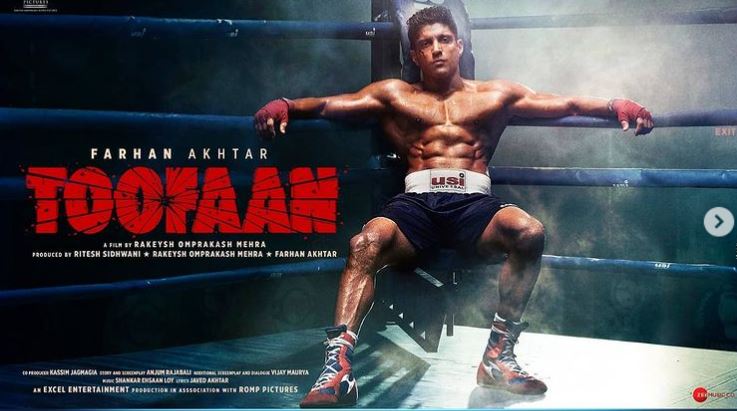 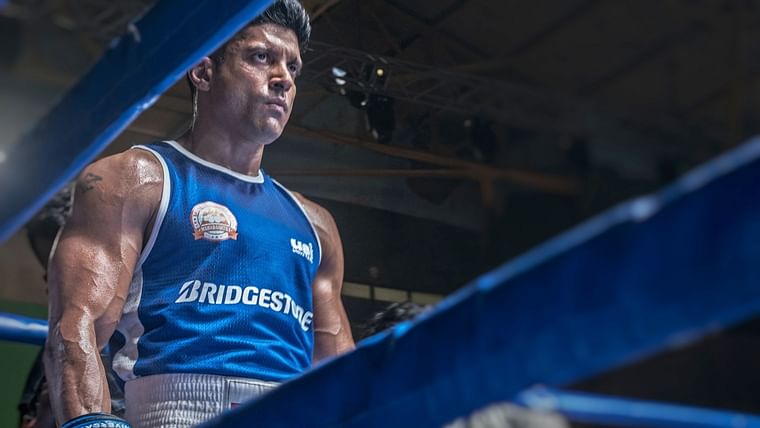 Farhan is a famous talented actor, singer, director, and producer who mainly popular for the “Bhaag Milkha Bhaag” and “Zindagi Na Milegi Dubara”. Fans are waiting to see the Farhan in a movie like Bhaag Milkha Bhaag which was an epic drama sports biography movie based on Milkha Singh.

Toofaan is an upcoming Indian Hindi-language sports drama film directed by Rakeysh Omprakash Mehra and starring Farhan Akhtar as a national level boxer. This is the epic movie by the makers of Bhaag Milkha Bhaag.

In important supporting roles, Mrunal Thakur and Paresh Rawal are cast along with Farhan Akhtar. Filming commenced in Dongri on 26 August 2019 and was completed in March 2020.

“Toofan is a story that will motivate and inspire all of us to get out of comfort zones and fight towards achieving our dreams. We cannot wait to present our film to viewers across the globe,” said Rakeysh.

The cast of the Toofaan is fascinating and amazing with an epic level of acting and cinematography. However, after the watching official teaser, there are only four main characters saw.

The film was directed by Rakeysh Omprakash Mehra and in association with Excel Entertainment & Romp Pictures. Moreover, the music in the Toofaan film given by Shankar–Ehsaan–Loy, Raju Singh, Shankar-Ehsaan-Loy.

According to the Toofaan teaser, it is a boxer life film that shows the struggle, minor society peoples, a man who wants to chase their dreams to become a greater boxer of India. Toofaan movie is a drama, sports, boxer life-based movie. The boxer Aziz Ali aka also know as Ajju Bhai is the main leading character of the film who played the very talented actor Farhan Akhtar.

Peoples and fans comparing the movie with the legendary film Rocky. And even some said, “Farhan is the Indian avatar of Rocky Balboa.”

It is good news that we don’t have to wait so much to see the epic performance of Farhan Akhtar as well other actors. The film will stream on 21 May 2021 on Amazon Prime Video. 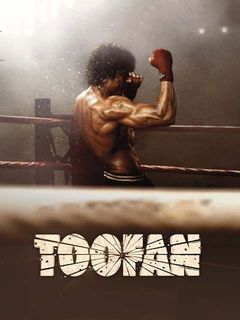 You can watch the Toofaan movie on the Amazon Prime Video application or website. Only you have to download the Amazon prime video app from the play store and signup if you don’t have an already account or you can log in with your existing amazon shopping app.

Note the calendar or set the alarm for 21 May 20121 to watch online Farhan Akhtar’s “Toofaan”. However, the trailer review is pending, and when it released we will make a post on it, so make sure you don’t miss it.