Bharti Singh the star cast of Many Famous TV Shows like The Kapil Sharma Show recently updated her profile picture on Twitter with the hashtag #newprofilepic. Her New profile pic is really beautiful and shows her real beauty on her social media platform. Her new profile pic get 1.4k Likes, 79 comments, and 100 retweets on Twitter, which is enough to show how cute she is looking. In her new pic, she wore a green suit which looks fabulous on her. 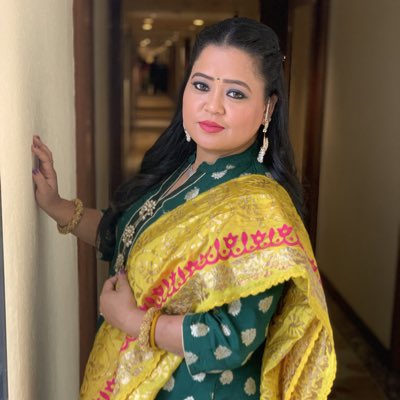 From the starting of the Indian Comedian TV Show, Bharti is into it. She is the host of many award shows and star cost of many comedian shows. Even she also participated in Quality reality shows like Jhalak Dikhhla Jaa, Nach Baliye 8, and Fear Factor: Khatron Ke Khiladi 9. A tragedy about Bharti is that her father died when she was just 2 years old and then, she starts live independently. Being a contestant in many great reality shows, and star cast of famous comedian shows, bharti build her own name and fame in the comedian industry. Her fan base and followings are enough to show how popular she is among her fan group.