Chadwick Boseman’s widow wife Taylor Simone Ledward, accepted the Golden globes award for her late husband. She said – “he would thank God, he would thank his parents, he would thank his ancestors for their guidance and their sacrifices.” While giving the speech, her eyes were fills with tears, and clearly feels the love for Boseman. Furthermore, how much she is missing him. 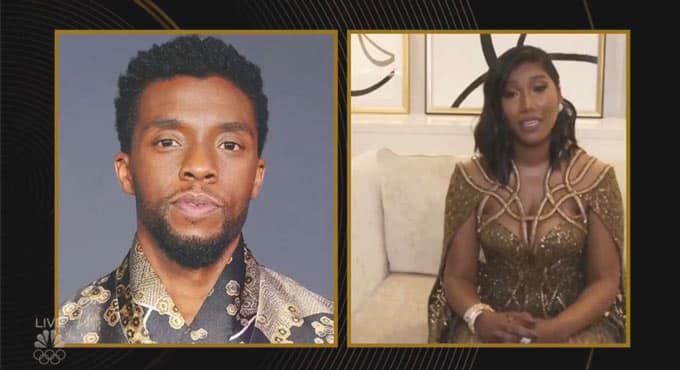 Boseman got the Golden Globe award in the Best Performance by an Actor in a Motion Picture – Drama category. Chadwick won the accolade for his portrayal of Levee Green in ‘Ma Rainey’s Black Bottom’.

Taylor Simone Ledward is an American singer. And she was the wife of famous actor Chadwick Boseman who is well known for his Marvel superhero Black Panther. Chadwick Aaron Boseman died on 28 August 2020 due to colon cancer.

Taylor Simone rose to international fame for being a wife of Black Panther AKA Chadwick Boseman who suffering from stage 3 colon cancer and lost the battle after 4 years of fighting.

Simone begins her career during her college days, and she was able to make her own music just in school days. She uploads her kinds of music on social media platforms and folks love her music and give her good compliments. Through this period, Taylor also started a marketing internship at iHeart Media. 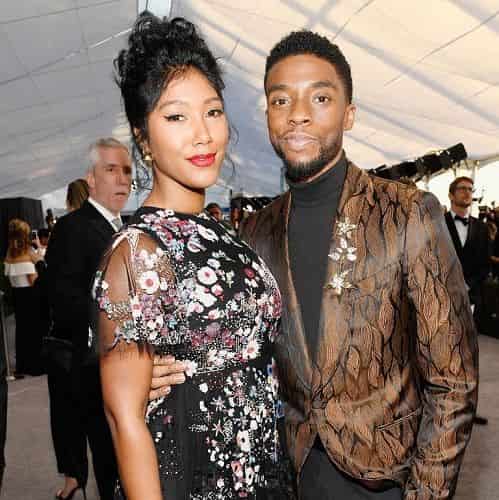 Afterward, Chadwick Aaron proposed to her lady love in front of everyone for marriage, after publically accepted their relation. Hence, they engaged in a very private ceremony without any media.

At present, Taylor is actively working as an electronic music event promoter. Taylor Simone Ledward’s Net worth is around $1 million US Dollars, as of 2020.

After accepting the award her eyes fill with tears and it shows how they both love each other and how much she is loved him. Simone gave an emotional speech with teary eyes –

Taylor Simone Ledward accepts the award for Best Actor in a Motion Picture, Drama on behalf of her late husband @chadwickboseman at the #GoldenGlobes.pic.twitter.com/UOgdLlnA52

“I don’t have his words, but we have to take all the moments to celebrate those we love, so thank you HFPA, for this opportunity to do exactly that. And, honey, you keep ’em coming. Thank you,” she added.