Former Survivor contestant Sunday Burquest has lost her battle with cancer and died at the age of 50 years old. She made her Survivor debut after clearing medical examinations from her first cancer diagnosis.

Her daughter, Kennedy Burquest, confirmed she had passed today via Instagram and posted a poignant tribute to her late mother.

Sunday had previously been diagnosed with breast cancer in 2012. The inspirational youth pastor contestant on 2016’s “Survivor: Millenials vs. Gen X,” died Sunday after a battle with esophageal and ovarian cancer, her second cancer battle in a decade.

However, becoming cancer-free after several surgeries and treatment, she received a second cancer diagnosis about a year ago. But, Doctors revealed Burquest had months to live after discovering Burquest had esophageal and ovarian cancers.

Kennedy said, “To my unbelievably beautiful mama, thank you. Thank you for fighting as hard as you did for as long as you did. Thank you for being a best friend, a role model, a sister, and my mother all in one. Thank you for raising me to love Jesus, and show that love to others. That’s something you did so well. It breaks my heart to know you will never get to see me on my wedding day, or be there when I have my first kid. But I know you’re watching over me.”

Moreover, “Although it hurts me so bad to watch you go, I’m so happy you are happy again. I’m happy you get to be with Jesus, and see your dad. I’m happy you aren’t in pain anymore. I’m happy I got to have these past few months with you. I loved taking care of you. You’ll always be my favorite patient. I love you to heaven and back a million times. I know one day we will meet again. Until then, I’ll spend every minute missing you, and trying to make you proud. Rest easy mom, I’ll see you soon,” Kennedy wrote.

Sunday Burquest made her Survivor debut after clearing medical examinations from her first cancer diagnosis.

Burquest made her name on the 33rd season of CBS’s Survivor. The season was nicknamed “Millennials vs. Gen X”, featuring 10 contestants born before 1982 and 10 born after 1984.

Moreover, By the end of her run, Sunday ended up in 7th place. Burquest earned the admiration of others by eventually making her way into the Millennial tribe despite starting in the older cohort.

Sadly, She died due to cancer and left this world. Kennedy Burquest, the daughter of Sunday confirmed her death with an Instagram post.

A post shared by Rob Has a Podcast (RHAP) (@rhapgrams)

Zeke Smith, who was also on “Survivor: Millennials vs. Gen X,” posted a tribute to Sunday on Instagram.

“I will love you and remember you for all my days, Darling Sunday,”Smith captioned a photo of the late contestant. “Your kindness and selflessness have changed me and so many others. I miss you. Pouring out a Diet Coke in your honor. #RestInPower.” 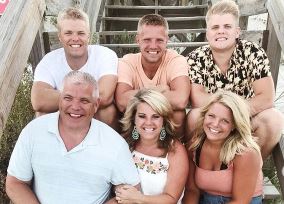 There is no evidence available for the net worth of the Sunday Burquest but it will be updated soon.