A piece of sad news has come that the former South African model, as well as talented TV chef Sonia Cabano, has passed away. biographydata.org came to know about this death on May 31, 2021. Acording to the sources she was found dead in her home on May 31.

Further her death was confirmed by her brother Meyer de Waal who later revealed it to news media Netwerk24. Currently, there is no information has been revealed about her death cause.

Officials are currently investigating the case. If possible her death cause will be revealed soon. 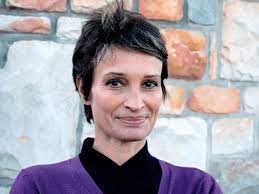 Sonia was also known as Sonia de Waal. She was born in Bloemfontein. Later her family shifted her to Brandfort in the Free State. Further, they moved to Cape Town after a decade of living in London.

Further, Sonia was a famous model back in the 1980s. At that time she appeared in many magazine covers, international advertising, TV commercials, and beauty brand posters.

According to our findings, she was married to Dr. Deon Cabano with whom she had two children named Guillaume (21) and Sabah (19).