Is Shakeela passed away?

Shakeela is alive and healthy which she verified on social media. She said she is thankful for the person who shared his fake death news as well. Because of the fake news, she got attention and love from everyone.

Actress #Shakeela dismisses rumors about her and her health..

Shakeela Begum is known for being an Indian actress and model who has worked in Kannada, Telugu, Malayalam, and Tamil language films. Her first film was Playgirls (1995). At that time she was just 18 years old. She has appeared in more than 255 Indian films. 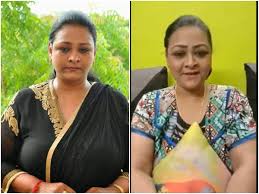 Shakeela was born in a Muslim family which was living in Kodambakkam, Madras, India. She has six siblings and she had adopted a transgender daughter Mila.

Other than films, she has also appeared in famous Indian tv shows such as Bigg Boss Kannada Season 2, Health Education, Cooku With Comali Season 2, and the most recent ones are Alitho Saradaga and Start Music Season 2.

Her net worth is not known at the moment. The estimated digits are around 20 to 50 lakhs. More sources are needed to give trusted data.

Shakeela’s mother Chan Begum was from Nellore in Andhra Pradesh and father Chan Basha was from Madras. Other than that she has six siblings. Her husband’s details are not known at the moment.

She has adopted a transgender daughter other than that no details have been found about her personal life. Details will be added soon.