Popular Film Producer ‘Ryan Stephen’ has been sadly passed away this Saturday due to Covid complications in Goa. The whole Bollywood film industry is upset by this news a huge number of people are paying tribute to the late Ryan Stephen on social media and showing their condolence. Recently Popular movie produced by Ryan Stephen is of Kiara Advani’s Indoo Ki Jawani and Kajol’s short film Devi. 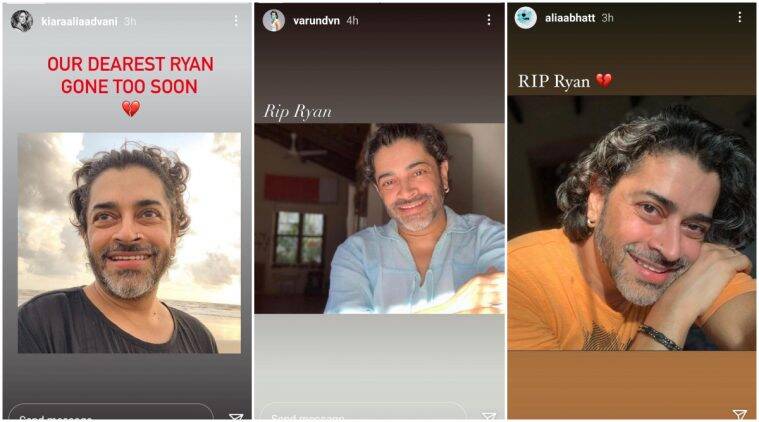 Indoo Ki Jawani director, Abir Sengupta confirmed the news of Ryan’s death and said  “Ryan passed away this morning. He was battling Covid-19. He was in Goa, his friends and family are doing arrangements for his funeral.” as per the sources,  Ryan was admitted to a hospital in Goa where he was being treated for over two weeks.

Kiara Advani also wrote on her social media “Gone too soon”.  Varun Dhawan and Alia Bhatt too paid their tribute on Instagram.

Manoj Bajpayee offered his condolences and wrote, “It’s so so shocking for all of us who knew this gentle soul. It really can’t be true!! I will miss you my friend RYAN”. Dia Mirza and Farhan Akhtar also tweeted to remember the late filmmaker.

His death makes the whole industry upset. He was a beautiful soul personality of the Bollywood industry.  We pray that his soul may rest in peace.