PUB landlord Rod Humphris shot to fame after he booted out Sir Keir Starmer from his Bath boozer. GMB’s Dr. Hilary clashes with pub landlord who threw Labour leader, Sir Keir Starmer, out of his pub.

Rod Humphris attempted to justify his reasons for being unusually angry at the Labour party – which he has supported his entire life. “I think with the greatest respect Rod, I think you should stick to pulling pints rather than advising the government about policy on the biggest pandemic, public health issue for the last 100 years,” Dr. Hilary said.

“If we ignore a pandemic and we say lockdown doesn’t work, how do you think this spreads in the first place? It’s very simple, you have to have lockdown in a pandemic that kills people.”

Who is Rod Humphris?

Rod Humphris is the landlord of The Raven pub who kicked out Sir Keir Starmer during an altercation on April 19, 2021. Rod 54-year-old is also a crime fiction author, who created the Simon Ellice series. 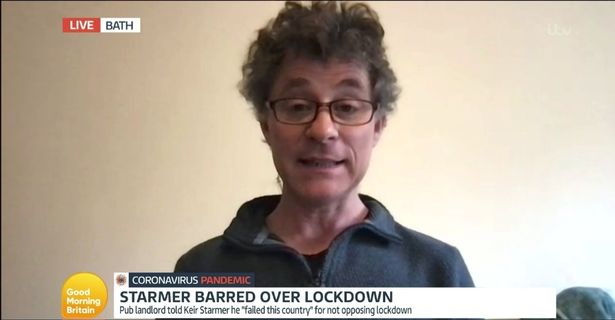 The Raven is a pub situated on Queen Street in the center of Bath. It is the “traditional old English pub”, the family-run tavern opened in 2004 and has continued to go from strength to strength.

Its authentic aesthetic fits amongst its historical surroundings and architecture, as the pub is environed by Grade I listed buildings. The pub was a preferred watering hole of pilots stationed at a nearby airfield in World War II, who used to scrawl messages on the ceiling of the upstairs bar. 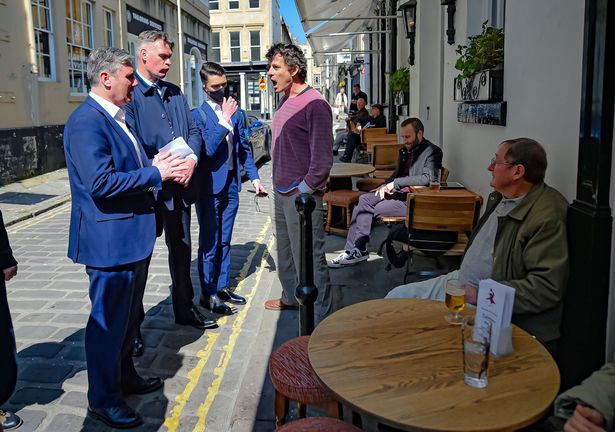 Rod grew up with his parents and his sister in the West Country and later pursued his passion for pottery in the Cotswolds and he is 54 years old. He is the landlord of The Raven pub who kicked out Sir Keir Starmer. Moreover, Rod Humphris is also a crime fiction author, who created the Simon Ellice series. 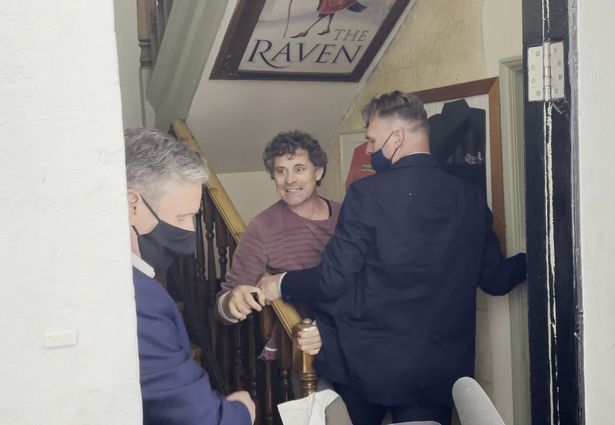 Furthermore, Humphris first married a Jamaican woman whom he met during a working trip to the country when he crewed charter yachts. In 2004, he bought The Raven pub with his second wife, Sarah, and his best friend.

He has the taste for travel, a love of animals, and a chequered career across multiple sectors. Rob has more than enough life experience to handle rowdy punters.

Why did Rob Humphris throw Sir Keir Starmer out of his pub?

This is the main reason that gives the Humphrisfame after he throws the labor leader, Sir Keir Starmer, out of his The Raven Pub.

Sir Keir Starmer was ordered to leave a pub in Bath by its landlord.

Rod Humphris accused the Labour leader of “failing this country” over his support for lockdown restrictions pic.twitter.com/pmpt5Mi1G4

The landlord scuffled with Starmer’s bodyguards while yelling: “That man is not allowed in my pub!” Humphris told TalkRadio he was “deeply unhappy about him entering my premises”, despite being “a Labour voter my entire life”.

He slammed Starmer’s failure to hold the Government to account for its pandemic response.

“I think he has utterly failed us as the leader of the Opposition, Rob Humphris said.

“He has completely failed to ask the questions that needed asking, like, why did we throw away our previous pandemic preparedness?

Moreover, Mr. Humphris said he gave Sir Keir a “piece of my mind”, adding: “I would say this to any politician – it’s not a partisan matter.”

Sir Keir Starmer was ordered to leave a pub in Bath by its landlord.

Rod Humphris accused the Labour leader of “failing this country” over his support for lockdown restrictions pic.twitter.com/pmpt5Mi1G4

He is the landlord of The Raven Pub which is held in Queen Street in the center of Bath. But there no much evidence available for his actual net worth but it will soon be updated.