Skip to content
Twitter users have responded to allegations of sexual misconduct against Rep. Matt Gaetz by posting memes and jokes featuring his Republican colleague Liz Cheney. The tweets come after the Florida lawmaker campaigned against Rep. Cheney in her own state of Wyoming in January because she voted to impeach former President Donald Trump. Here you get a collection of 10-20 plus Liz Cheney Memes, which will make you laughed.
On Tuesday The New York Times reported that Gaetz is facing a Department of Justice investigation over allegations of a possible sexual relationship with a 17-year-old. He denies the allegations. 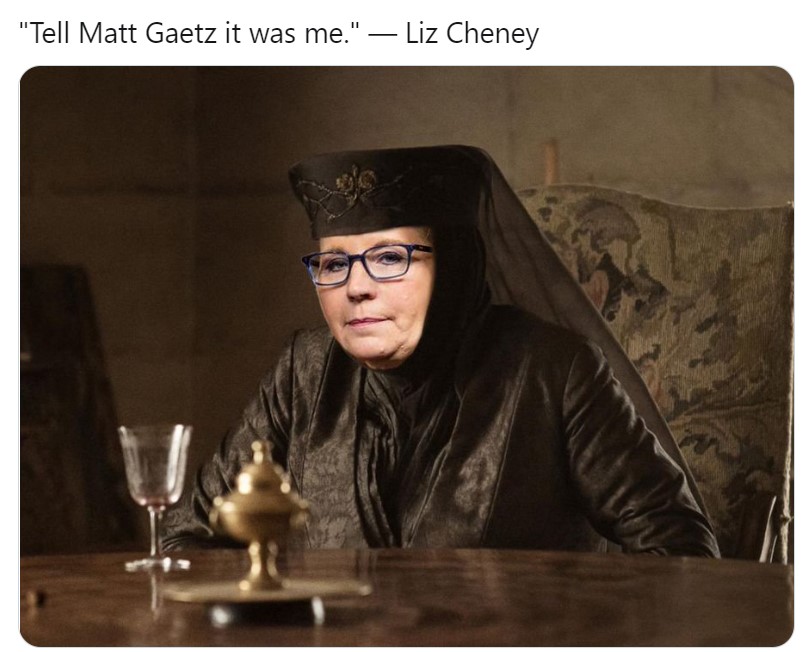 If you’re Liz Cheney, which bottle of wine are you opening tonight?

Somewhere in Wyoming, Liz Cheney is feeling herself. pic.twitter.com/gPTgm8hTT5

I like to imagine Liz Cheney sipping a fine bourbon as she crosses Matt Gaetz’s name off her list.