LAOSHU505000 aka Moses Monweal McCormick was a YouTuber as well as polyglot. He was using social media platforms to educated people about different languages. Moreover, he was making sure that the proses of learning must be fun rather than boring. He wanted to make learning enjoyable hence he started his youtube channel.

Sadly the young star died unexpectedly. His death is still not digested by Moses’s fans. Many people want to know more about him such as Moses McCormick Wikipedia, death date, time, wife, age, and how he started learning different languages. But let’s take a look at how Moses Monweal McCormick died?

The reason for the unfortunate death of a youtube star was unacceptable. His family revealed his death news on social media. According to his family, he died because of heart complications.

His sibling Susan Nushawn McCormick created a GoFundMe page that says “Moses Monweal McCormick was a beautiful brother, son, father and friend. He touched the lives of so many all over the world. His dedication and passion for not only learning but, teaching a plethora of Languages.  In a unforseen and unexpected turn of events Moses passed due to heart complications.  The family is asking for any amount of donations to transport him back home to Akron, Ohio from Phoenix, Arizona so we can have a proper homegoing service for him. Thank you all for the love and support.” 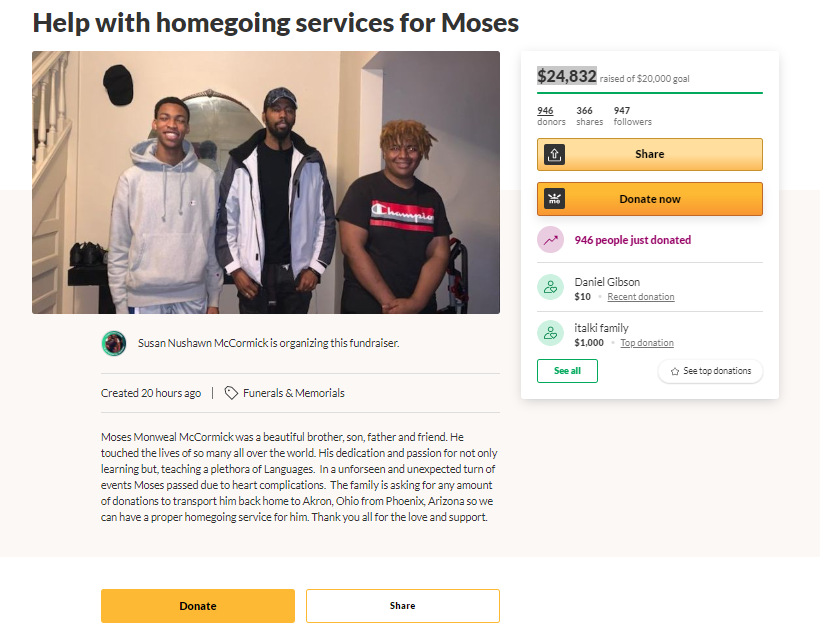 At the time of writing this post, the page got 946 doners, 366 shares, 947 followers. The page was created 20 hours ago and the donation goal was $20,000 but they received $24,832 from loved ones across the world. Moreover, the page got 253 comments from fans expressing there feelings and grief.

Moses Monweal McCormick was widely known for his youtube channel name laoshu505000. He used this username on pretty much every social media account. Moses had always a curiosity to learn more and more. He began learning a different language at the age of 18. Further, in 2008, he started shooting his own videos to start his youtube channel. 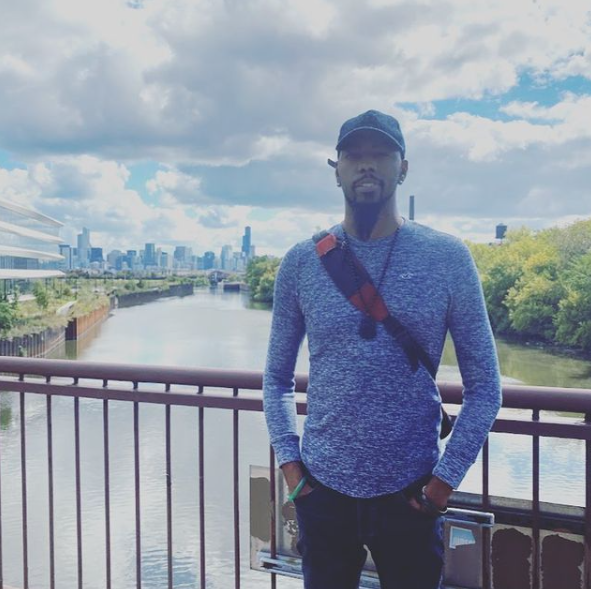 In the initial days, his youtube channel was intended to connect to the other native speakers to take feedbacks. However slowly he got following on youtube and people started questioning him about his learning language which he described as the FLR method. FLR stands for Foreign Language Roadrunning which he primarily used to learn languages.