Unnatural sexual act news came from Mysuru, Karnataka where a 30-year-old Men sexually abused a street dog. The accused, identified as Somashekhar who committed the offence on February 15, at around 11 pm. The disgraceful and disgusting crime against an animal was caught on camera. Later the video went viral on social media. The video was recorded by a person who was passing from the crime scene. The Whole video clearly showed how the accused was raping the dog.

Later the complaint was filed by an animal welfare officer VV Puram and animal activist harish KB on Monday. After watching the video the police arrested accused under IPC 377. The was found that he raped the dog on the main road of Ganapathi Temple in Gokulam 3rd stage of the city.

Harish KB, an animal welfare officer with People for Animals (PFA), Mysuru, said that a video of the incident was shared with him. 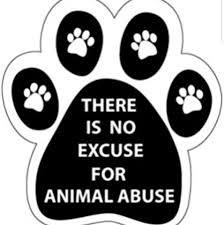 “The man was seen inserting his fingers and genitals. This act amounts to committing carnal intercourse against the order of nature, with an animal and is a punishable offence and thus lodged a complaint against the 30-year-old accused. The dog was to undergo a medical examination on Tuesday.”

He then said that the condition can be increased if no harsh action is taken against it in the first stages. “They just think about fulfilling their carnal desires,” he stated.

It was also revealed that the accused can be jailed for 10 years for this offence.