Soon after Finance Minister Nirmala Sitharaman’s Budget 2021 speech in the Parliament on February 1 started. Twitter flooded with Budget 2021 Memes. The #Budget2021 and #IncomeTax are on the top trends on Twitter. People who don’t belong to the commerce field didn’t understand much of the speech.

As we all know the internet is packed with surprising stuff. Twitter and Instagram users started posting memes about the budget for 2021. It is true that most of the stuff goes over our heads people stating making fun of it. Also, the mainstream media in India is not going to cover it in detail. Nowadays it’s common that netizens will create memes on every trending thing. 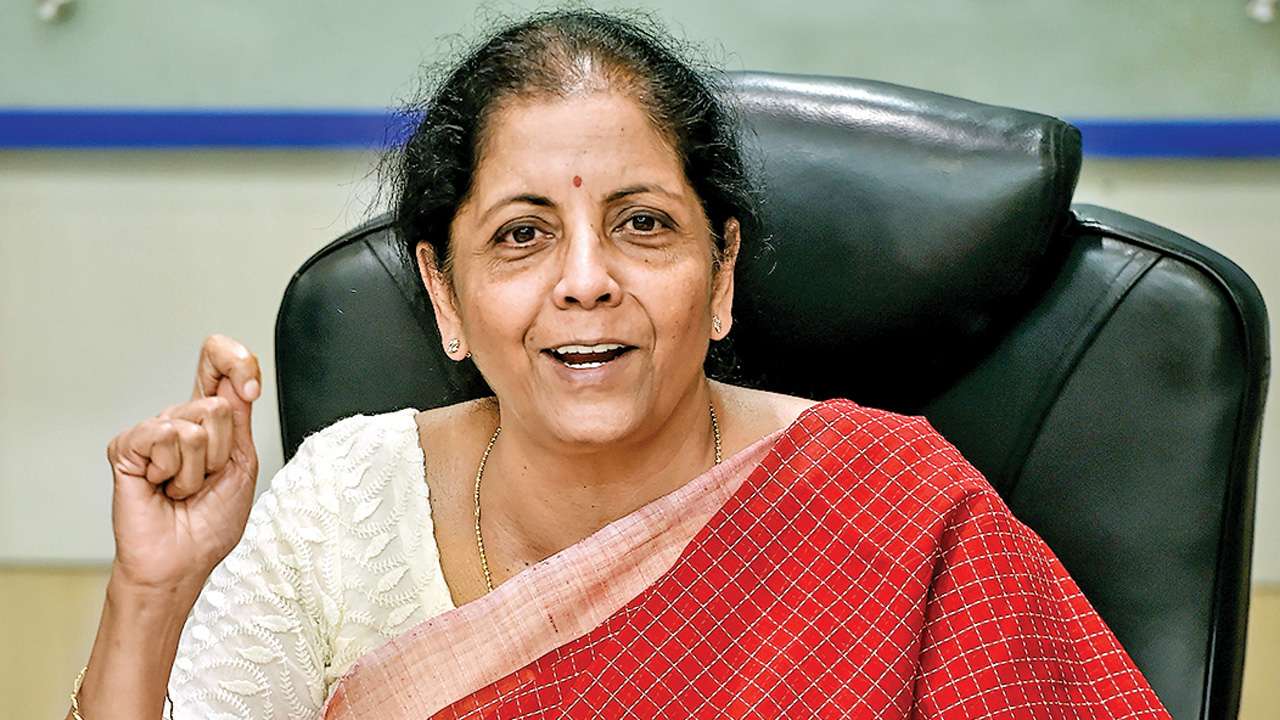 Where the Budget 2021 Memes are Focused?

Most of the memes posted by netizens on Twitter and Instagram were focused on making fun of the speech and face expiration of other positions during the speech. Rahul Gandhi was mostly included in the memes. Alongside Bollywood actors like Ajay Devgan, Divyendu Sharma, and Akshay Kumar were also included. Budget memes also include the Hindi film scene. Additionally, these budget memes are also based on the middle-class section’s response to the Budget.

Here are some of the most liked and shared Budget memes of this year. 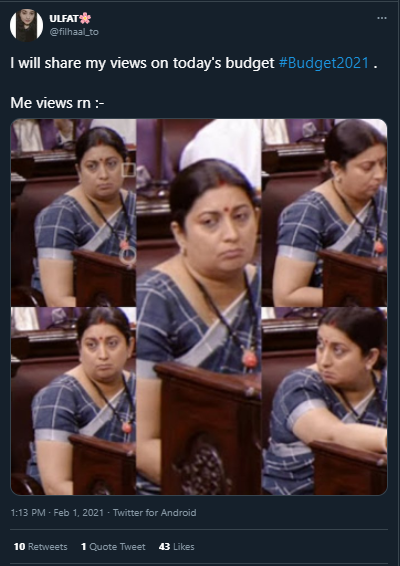 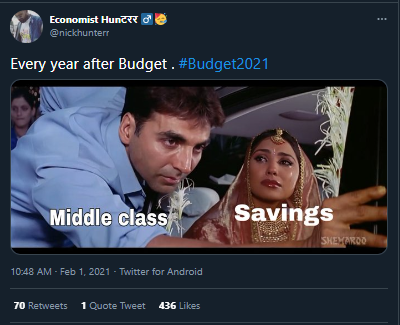 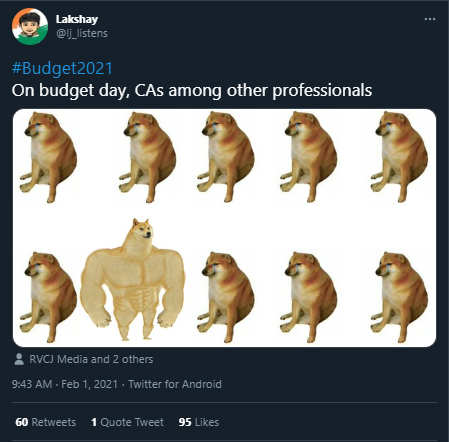 Me before budget 😨#Budget2021 pic.twitter.com/3AwXeLnyH6

My commerce friends are talking about #Budget2021

How I'm Holding Down My Finances This Year #Budget #Budget2021 pic.twitter.com/I1Y3DsPkvf

Chai wala bhaiya asking you about #Budget2021 You (who have to give 2rs more for cigarette) pic.twitter.com/A6Rhx88K34

#Budget2021 is getting the under way

So guys here are some of the most loved and shared Budget 2021 Memes of this year.