Dr. Sudhakar who criticized the State Government on the scarcity of masks died at the age of 55 years old. Doctor K. Sudhakar was suspended from Narsipatnam Area Hospital. Last April, he complained about the lack of protective equipment. The video of this incident went viral, later, he suspended by the state government.

Doctor K. Sudhakar died due to cardiac arrest on Thursday night 20 May 2021. According to his family members, the doctor had just recovered from COVID-19 and was recuperating at his home at Seethammadhara, later, he reportedly died of a cardiac arrest.

Moreover, his family members also said that the doctor was depressed over the last few days. The final judgment of his case that was scheduled to be announced in April, last week, was postponed.

Besides, Sudhakar’s family members also said that the doctor was hopeful of being reinstated, after the recent departmental inquiry.

Following his death, Chandrababu Naidu said that “the harassment by the Jagan government both physically and mentally led to the death of Sudhakar, who belongs to a Dalit community.”

Stating that Jagan should take responsibility for the death, the Telugu Desam Party president said in a statement issued on Friday, “Jagan Mohan Reddy’s anti-Dalit actions led to the death of a Dalit doctor. His days of facing the consequences are nearing.”

Moreover, He demanded that the government give a compensation of Rs 1 crore to the deceased’s family.

His full name is Doctor K. Sudhakar and he was the Narsipatnam Area Hospital doctor. He had become part of everyone’s talks, when he openly criticized the government for the lack of protective equipment such as masks, oxygen tanks, etc.

The video goes viral and Dr. Sudhakar was suspended on April 8, 2020, allegedly for demanding PPE kits for medical staff at Narsipatnam hospital. Sudhakar was arrested by the Visakhapatnam police for creating a nuisance on the road. 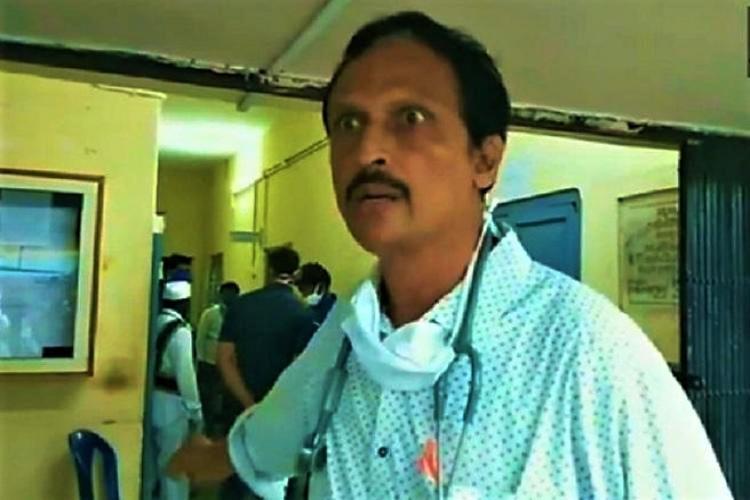 Sudhakar stopped transports on the road in Akkayyapalem and performed a ruckus using abusive words against Chief Minister Jagan Mohan Reddy. Furthermore, a case against him was registered and he was also declared mentally ill.

After the High Court’s intervention, the Central Bureau of Investigation was directed to probe the police excess.

Condemning the action against him, the Indian Medical Association had demanded the government to withdraw the case against him and reinstate him.

Dr. Sudhakar has a wife and two sons but the details of their name are not available yet.