All of these things he did just to take leave from his job. after the news gon viral many people started looking for more information. Therefore here we will be covering Brandon Soules biography including other details such as her education, father, where he worked, what happed after he was found guilty and many more.

Crimes like lying to law enforcement officials, creating fake stories, fabricating their own kidnapping are really done. Maybe it was the first time that someone created his own kidnapping story to get a leave from his job.

Now after the truth was found Brandon Soules became famous overnights. People from the united states are searching for more information about him especially Arizona and other nearby states such as California and Texas.

Brandon Soules is a 19-year-old young who was living in Coolidge, Arizona, United States. He was working in a tire factory for some time. later the individual somehow got frustrated by his job. He created his own fake kidnapping on February 10.

On the same day, Coolidge Police Department received a call who was a passerby who first found Brandon in an area of the city water tower in Coolidge, a city of about 13,000 inhabitants 55 miles outside Phoenix. 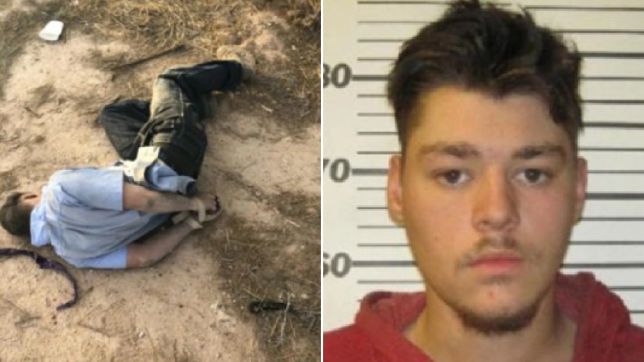 Later when police arrived they found him. Brandon’s had was tied up, his mouth was stuffed with a bandanna and he was lying on the ground. During the investigation, Brandon said that he was abducted by two masked strangers in front of his home. they also hit him over his head before stuffing him into there car.

After his questioning investigators checkered the CCTV cameras but noting was happen as he said on that day. Moreover, he was examined in hospital and it was revealed that he wasn’t hit on the head.

Also read: Who is White Vision in Marvel’s WandaVision?

After consent questioning and investigation, police came to the conclusion that he was making thing up. he wasn’t kidnapped by anyone and nothing was happed as he explained. On February 17 he admitted that he created his kidnapping and he was charged for giving false information to officials.

After knowing all this the owner of the factory fired him instantly. Even he refused to comment on this case.