However, the investigation is still going and the police are trying to figure what happened to AKA’s fiancee.

Anele ‘Nelli’ Tembe’s (22 years old) family has released a statement confirming that she passed away on Sunday morning, 11 April 2021. Tembe was engaged to rapper, Kiernan ‘AKA’ Forbes. 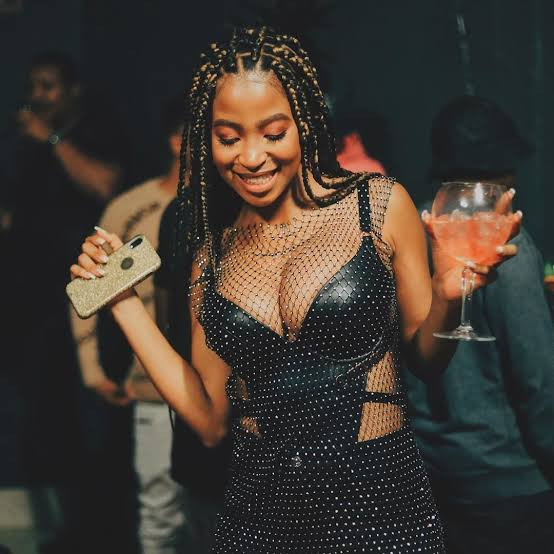 “We are still in shock and are dealing with our emotions, as she was an exceptional and gifted young woman, with so much life ahead of her. She had a sweet nature about her and was always nurturing to those around her.”

“It is with the deepest regret that we, the Tembe and Forbes families, confirm the untimely passing of our beloved fiancée, daughter, sister, daughter-in-law, Anele Tembe,” the statement read.

According to News24, the cops believe that she fell from the 10th floor of a Cape Town Hotel.

“Paramedics and investigation team on the scene have said a female had allegedly jumped from the 10th floor of that building. When paramedics arrived on the scene, she had sustained polytraumatic injuries.”

He added: “She was in critical condition and they started a full life-support resuscitation. Unfortunately, her injuries were too severe and she was declared dead.”

The place in question was next classified as the Pepper Club Hotel, which is located at the corner of Loop and Bloem street, in Cape Town CBD.

However, the main cause of death for the Nelli Tembe is still a mystery and clearly, no evidence is available right now that indicates what actually happens. But, the investigation is ongoing and police are trying to figure out the matter. 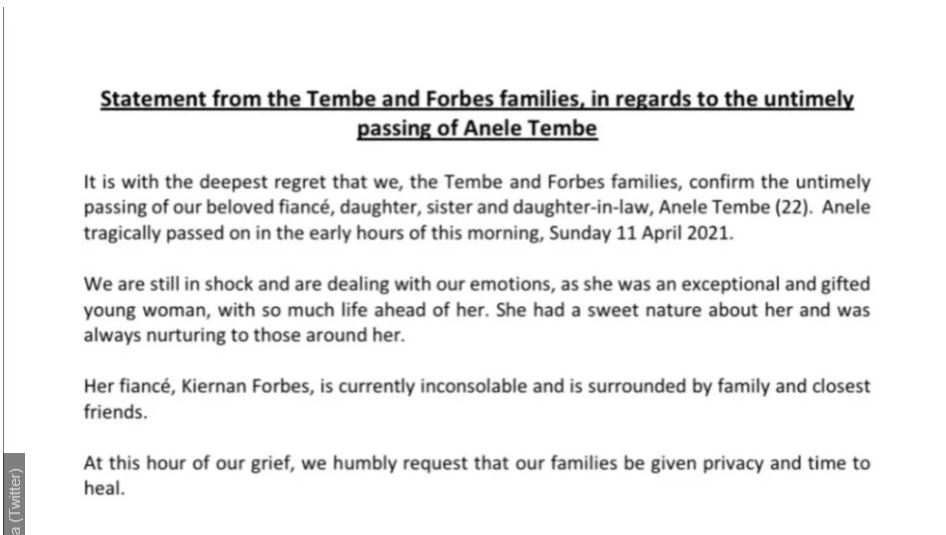 If losing a friend because of death hurts so much

Imagine losing the love of your life…

The way Bhova loved Nellie this hurts me… 😥

Anele ‘Nelli’ Tembe was 22 years old and a South African national and She had become engaged to the rapper in February 2021. Moreover, Rapper AKA had shared a picture on his Instagram account with a ring on his fiancee’s finger on February 22.

According to AKA’s Instagram, the pair had been going out for over a year as of April 2021.

Fiance AKA the real name is Kiernan Jarryd Forbes often highlighted his ladylove Nelli Tembe on his Instagram handle. She was also a model for his clothing line ‘Bhovamania.’ Besides, Tembe’s Instagram handle is private.

AKA posted a picture with Tembe’s left hand adorned with a remarkable band on her ring finger and captioned it: “21/01/2021”. The previous year, AKA had taken to his social media pages to announce his engagement to Tembe.

Posting the same picture on her Instagram account, Nelli Tembe announced that she said yes and called AKA the “love” of her life.

Both couples were enjoying their relationship and they planned to go outside for romantic outings.