A Bad News coming from Pune that fire got massive turns at vaccine-maker Serum Institute of India’s Pune facility in a building which is under construction. You can check out the Images & videos of Fire below down. Serum Institute of India CEO Adar Poonawala offered his condolences on Twitter for the family of victims. As per the sources, for controlling the situation and overcome the fire, the fireman takes 3 hours and this time is enough to show how Massive it is.

The actual reason for the fire is still unknown for everyone but as per the sources, it is considering that either for wielding or due to electric issue, this fire is started. The Serum Institute of India, the world’s largest vaccine maker, which is spread over 100 acres in Pune, and controlling fire blaze in such area is really difficult. The under-construction building which caught fire is in few minute’s drive far from the facility where the Covid vaccines are produced. about 8-9 buildings were under construction in that complex.

3 Injured in fight over cricket match in Maharashtra; FIR Registered against five

during this incident, thick black smoke was coming out from the building which makes it difficult for the fireman to save the life of the worker stuck in it. Several big personalities tweeted condolence on this incident on their official Twitter account. 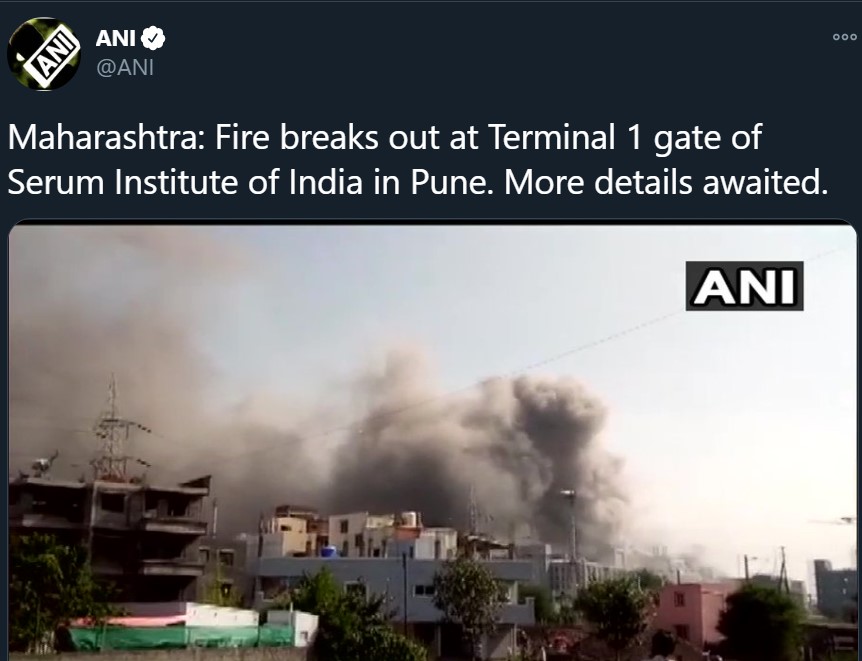 “CM Uddhav Balasaheb Thackeray is in touch with the Pune Municipal Commissioner and is taking complete on-ground updates. He has directed the state machinery to coordinate and ensure that the situation is under control.“

“We have just received some distressing updates; upon further investigation, we have learned that there has unfortunately been some loss of life at the incident. We are deeply saddened and offer our deepest condolences to the family members of the departed.”

Just because of luck, the vaccine and vaccine manufacturing plant is safe. even there can be many more bad things happen which leads to more damage to life and property.